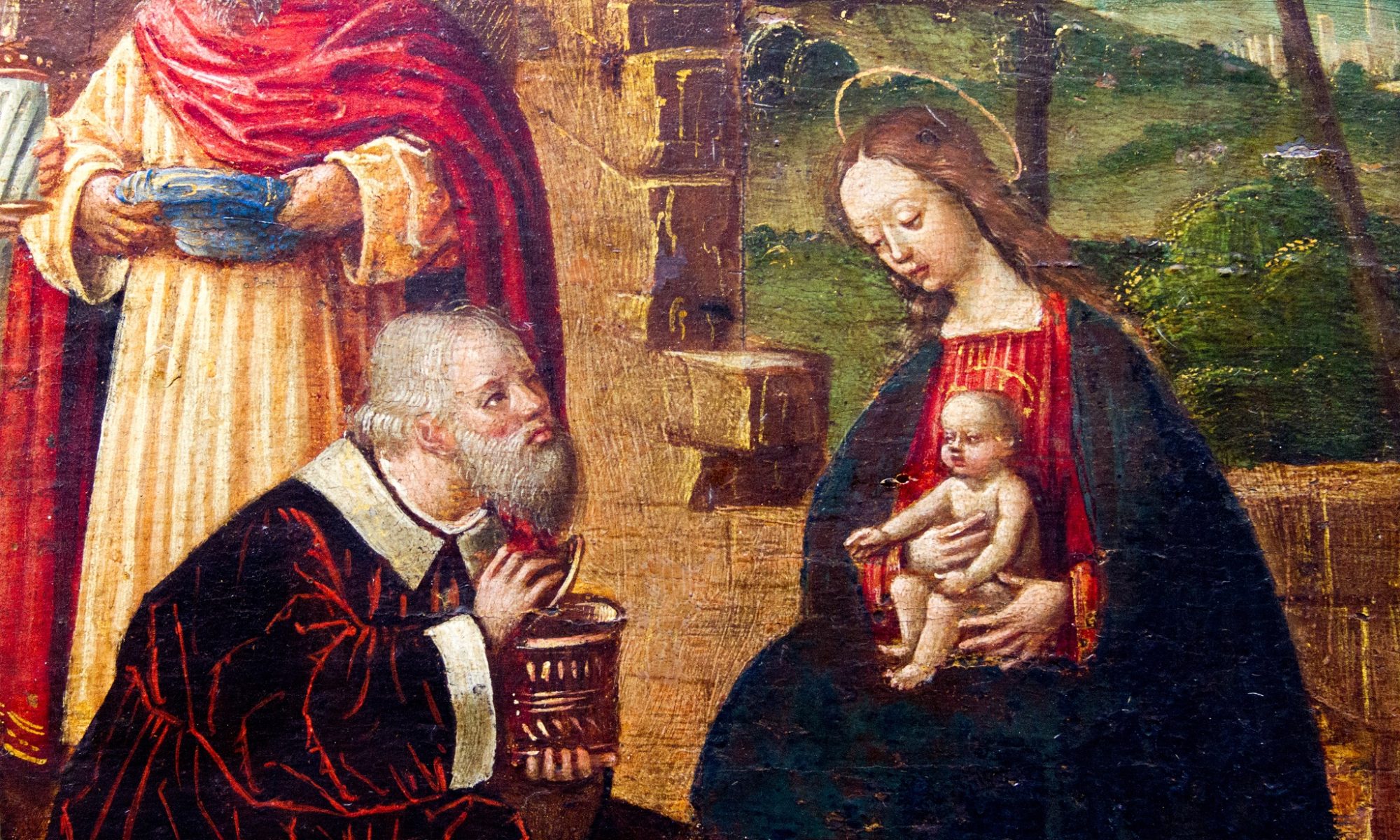 Jesus answered him, “It is written, ‘You shall worship (proskyneō) the Lord your God and serve Him only.'”

Then Jesus said to him, “Go, Satan! For it is written, ‘You shall worship (proskyneō) the Lord your God and serve Him only.'”

When Peter entered, Cornelius met him, and fell at his feet and worshiped (proskyneō) him. But Peter raised him up, saying, “Stand up; I too am just a man.”

Jesus’ disciples, like many religious Jews at that time, clearly understood only God is to be worshipped. To worship someone other than God would make that person an idolater and a violator of the first commandment.

What’s most amazing is that Jesus was worshipped at various times throughout his earthly ministry. The fact that he accepted worship and did not condemn it (as in the cases above) gives us strong reason to believe Jesus considered himself God. Below I’ve listed a host of examples:

The wise men worshiped Him from the moment He was born

On coming to the house, they saw the child with his mother Mary, and they bowed down and worshiped (proskyneō) him. Then they opened their treasures and presented him with gifts of gold and of incense and of myrrh.

The leper worshiped Him at his healing

And behold, a leper came to Him, and bowed down (proskyneō) to Him, saying, “Lord, if You are willing, You can make me clean.”

The synagogue ruler worshiped Him

While He was saying these things to them, behold, there came a synagogue official, and bowed down (proskyneō) before Him, saying, “My daughter has just died; but come and lay Your hand on her, and she will live.”

The disciples worshiped him in the boat

And when they climbed into the boat, the wind died down. Then those who were in the boat worshiped (proskyneō) him, saying, “Truly you are the Son of God.”

The Canaanite woman worshiped Him

But she came and began to bow down (proskyneō) before Him, saying, “Lord, help me!”

The mother of James and John worshipped Him

Then the mother of the sons of Zebedee came to Him with her sons, bowing down (proskyneō) , and making a request of Him.

The blind man worshiped Him at his healing

Jesus heard that they had thrown him out, and when he found him, he said, “Do you believe in the Son of Man?” “Who is he, sir?” the man asked. “Tell me so that I may believe in him.” Jesus said, “You have now seen him; in fact, he is the one speaking with you.” Then the man said, “Lord, I believe,” and he worshiped (proskyneō) him.

The women worshiped Him at the empty tomb

So the women hurried away from the tomb, afraid yet filled with joy, and ran to tell his disciples. Suddenly Jesus met them. “Greetings,” he said. They came to him, clasped his feet and worshiped (proskyneō) him.

The disciples worshiped Him at the Ascension

Then the eleven disciples went to Galilee, to the mountain where Jesus had told them to go. When they saw him, they worshiped (proskyneō) him.

*Much of the material for this post was taken from Norman L. Geisler and Frank Turek’s book, I Don’t Have Enough Faith to Be An Atheist (Crossway, 2004) and Putting Jesus in His Place: The Case for the Deity of Christ by Robert M. Bowman, Jr. and J. Ed Komoszewski (Kregal, 2007).