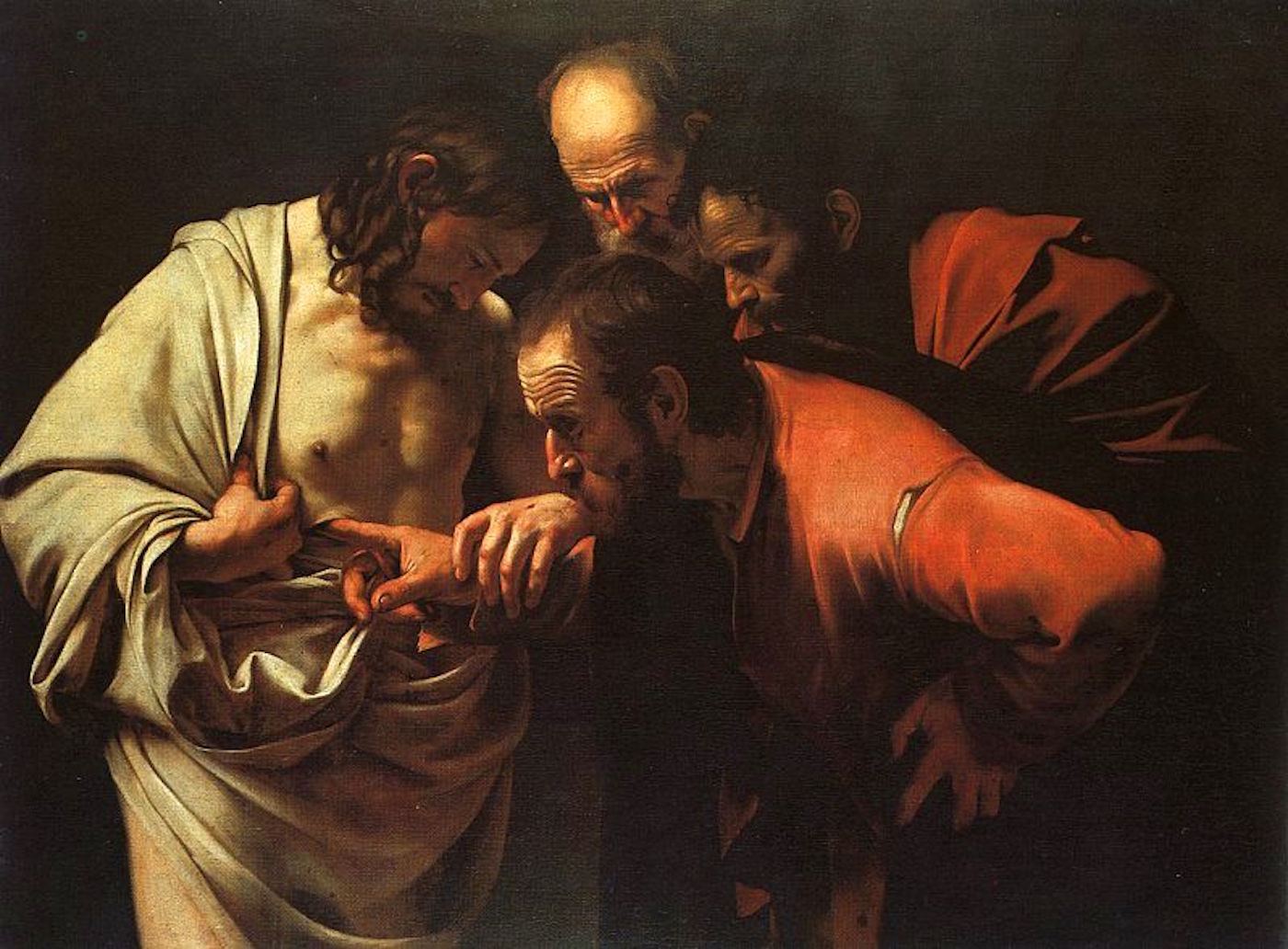 ” Jesus said to him, ‘If you can believe, all things are possible to him who believes.’  Immediately the father of the child cried out and said with tears, ‘Lord, I believe; help my unbelief.'”  Mark 9:23-24

Faith is an important part of the Christian life, the doorway as it were by which we enter the Kingdom.  “For by grace you have been saved, through faith…” (Ephesians 2:8).  But, too often, we turn it into a kind of coin of the realm, something we barter in exchange for mercies received from the King.  We see this attitude most often when prayers go unanswered.  “If you had enough faith, God would hear”, is the familiar rebuke that is leveled against us in these times.  To be sure, there have been men and women of great faith.  Their names make up the litany of faith contained in Hebrews 11….Abel, Enoch, Noah, Abraham, Sarah, Moses, Rahab, Gideon, Barak, Samson, Jephthah, David, Samuel, Jeremiah, Isaiah and more.  But let’s be honest with ourselves.  Most of us will be saved by our faith, but it’s not likely we will be remembered for our great faith.  But even a little faith is sufficient for Jesus Christ to work in someone’s life.  The man or woman who knows the limitations of their faith, that point where doubt, confusion, ignorance, or even unbelief creeps in to steal away the blessed assurance of God’s favor, is a person who can be transparent before God.  “I can go this far, but no further Lord”, they may say; or as stated in our opening scripture “Lord, I believe, help my unbelief.”  Such a man was Thomas the Apostle who is best remembered not for his great faith but rather as Thomas, the doubter.

Thomas’ name in Syriac means “Twin”, and that is why he is referred to in John 11:16 by the Greek equivalent, Didymus.  He appears in each of the four lists of Apostles found in the synoptic evangelists, but it is in John’s gospel that we catch a glimpse of his personality.  In John 11:1-16 we have the story of Jesus returning to Bethany to heal Lazarus, his friend.  His disciples were fearful, “Rabbi, lately the Jews sought to stone You and are You going there again?”  Whether in the beginnings of true faith, or only in resignation Thomas says “Let us also go that we may die with Him.”  Thomas was always the optimist!  In John 14:1-6 as the Lord teaches concerning His imminent death Thomas questions Him saying “Lord, we do not know where You are going, and how can we know the way?”  To this Jesus replies directly to him, “I am the way, the truth and the life.  No one comes to the Father except through Me.  If you had known Me, you would have known My Father also…”  This mild rebuke would have turned Thomas’ uncertainly back to the one thing He was most certain of, Jesus.  But the incident by which he is best remembered is found in John 20:24-29.  Jesus has appeared in His resurrected glory to the other disciples, but “Thomas, called Didymus, one of the twelve, was not with them when Jesus came.”  When confronted by their account he responds characteristically “Unless I see in His hands the print of the nails, and put my finger into the print of the nails, and put my hand into his side, I will not believe.”

We might think this the height of unbelief, but I see it more as an honest confession of the limits of Thomas’ faith.  He had been with the Lord during that last week as had the others.  He saw Him betrayed, condemned, put to death, and at last buried.  Lest we be too hard on Thomas remember that Luke 24:11 records the rest of the disciples’ reaction to the words of the women who had seen Jesus risen and alive,  “their words seemed to them [the disciples] like idle tales, and they did not believe them.”  But at just that point where Thomas’ faith was not yet enough to sustain him, Jesus came specifically to him.  “Reach your finger here and look at My hands; and reach your hand here, and put it into My side.  Do not be unbelieving, but believing.”  And as he touched the wounds of his Lord, Thomas’s faith was made whole so that he freely confessed to Him, “My Lord and my God.”

This much but little more the Scripture reveals to us of Thomas.  When the general Jewish persecution came upon the early church the apostles and disciples were scattered over the whole world.  In the apocryphal work called “The Acts of the Holy Apostle Thomas” it says “we portioned out [by lot] the regions of the world in order that each one of us might go into the region that fell to him, and to the nations to which the Lord sent him.”   There is some truth in this account, for Eusebius, in his “History of the Church” Book 3 Section 1, tells us that “Thomas was chosen for Parthia.”  This is part of what we know today as Iran.  Tradition further tells us that he was also active in Carmania (southern Iran), Hyrcania (northern Iran), Bactria (Afghanistan), and Pakistan, eventually extending his mission field to the southwestern coast of India.  At this location it is recorded that he established seven churches on the Malabar Coast.  The tradition seems to be confirmed since there have been a group of believers at that location dating back into the middle ages who call themselves “Christians of St. Thomas” and who claim to trace their faith back to the first preaching of Thomas in Malabar.  It was at Calamine that Thomas’ faith was tried and found sufficient, as he suffered martyrdom by the spear.

Back to the question of faith.  How much is sufficient?  The Lord’s own teachings seem to indicate that if we could but have faith as the grain of a mustard seed, divine power might be ours to move even mountains into the sea.  But the Lord brings it into perspective in Luke 10:19-20 “I give you the authority to trample on serpents and scorpions and over all the power of the enemy….. nevertheless do not rejoice in this that the spirits are subject to you, but rather rejoice because your names are written in heaven.”  Thomas may never have overcome the limitations of his faith while on the earth, but in his heart he already knew “the way, the truth, and the life” and that was sufficient for the trials and work of each day.    His life may not have been a testimony to great faith, but it is a testimony to the power of Jesus Christ to faithfully remain “the author and finisher” of his faith.  When the spears of martyrdom came upon him Thomas’ testimony echoed the words of St. Paul in 2 Timothy 1:12  “I know whom I have believed and am persuaded that He is able to keep that which I’ve committed unto Him against that day.”  May our faith be sufficient for the day at hand, and may we never be afraid to confront our lack of faith.  It is only then, as we place our fingers in the nail-scarred hands of our Savior and look once more into his eyes that all of our doubt, confusion, and fear is swallowed up in the confession of Thomas, “My Lord and my God.“