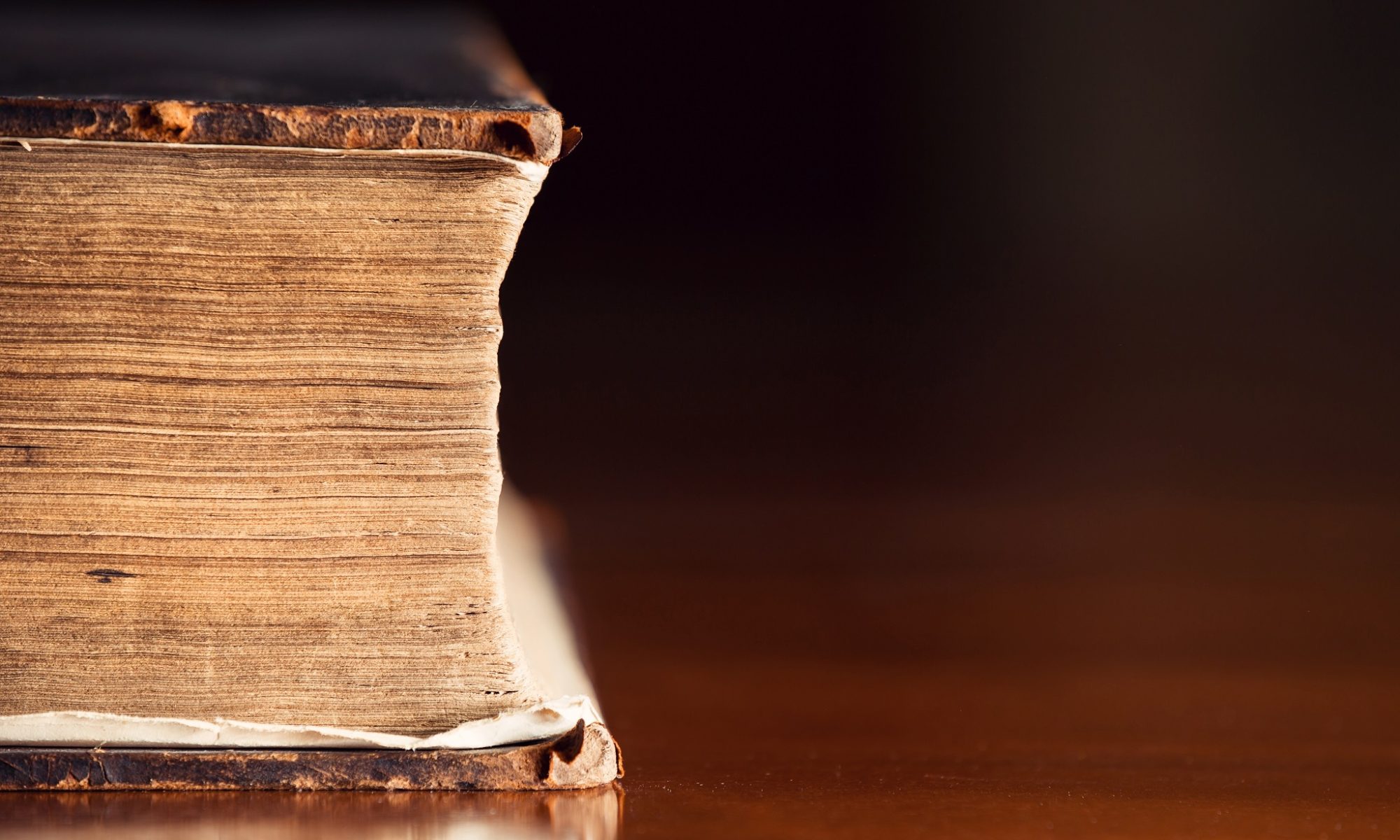 In John 20 we read the eye-witness account of the first moments after Mary Magdalene discovered that Jesus’ had risen from the dead. She was the first to come to the tomb and when she arrived she found the tomb open and his body missing. She runs and tells Peter and John and then they run to see the spectacle for themselves.

In verses 8 and 9 we read the very interesting words:

“Then the other disciple, [John], who had reached the tomb first, also went in, and he saw and believed; for as yet they did not understand the Scripture, that he must rise from the dead.”

At this moment something clicked for those that we are the tomb that day. Verse 8 says that John went in and saw and believed. What did he believe?

I find the way verse 9 is worded quite interesting. Why “must” Jesus rise from the dead?  That is the topic that I want to take up for a few moments here.

Why the Christ Must Rise

The first reason is stated right in our passage today:

Because the Scriptures say so.  Scripture cannot be broken.  If God says something is going to happen, it’s going to happen, otherwise God is a liar. Those of you who were with us for our Good Friday service will remember us reading the account of Jesus in the Garden of Gethsemane.  When the soldiers and Judas and the religious leaders came to take Jesus into custody, one of the disciples cut off the ear of the servant of the high priest.  And then Jesus said these words in Matthew 26:52-54:

“Put your sword back into its place. For all who take the sword will perish by the sword. Do you think that I cannot appeal to my Father, and he will at once send me more than twelve legions of angels? But how then should the Scriptures be fulfilled, that it must be so?

Jesus was going to die and rise again because that is what God himself had said would happen. Period. “The grass withers and the flower falls, but the word of our God will stand forever.”  What God says will happen, happens.

Old Testament prophecy pointed towards the resurrection of the Christ.  One place that the New Testament itself interprets for us in this way is Psalm 16:10 which says:

For you will not abandon my soul to Sheol,
or let your holy one see corruption.

Peter points out in his sermon in Acts 2 that this Psalm was written by David, yet David both died and was buried. Peter says that:

“Being therefore a prophet, and knowing that God had sworn with an oath to him that he would set one of his descendants on his throne, he foresaw and spoke about the resurrection of the Christ, that he was not abandoned to Hades, nor did his flesh see corruption. This Jesus God raised up, and of that we all are witnesses.”

Another place we see this is one we looked at this morning at our sunrise service when we read the story out of Luke 24.  When Jesus appeared to the disciples after he was raised from the dead he says:

“These are my words that I spoke to you while I was still with you, that everything written about me in the Law of Moses and the Prophets and the Psalms must be fulfilled.” Then he opened their minds to understand the Scriptures, and said to them, ‘Thus it is written, that the Christ should suffer and on the third day rise from the dead, and that repentance for the forgiveness of sins should be proclaimed in his name to all nations, beginning from Jerusalem.’”

So, the first reason that the resurrection had to happen was because God Himself, in Scripture, had spoken that it would happen.

The second reason that the resurrection must happen is because it insured several things for us:

#1. The restoration of our hearts.  Back in the garden when Adam and Eve sinned, death entered the world and overtook all of us.  Our hearts became hard, filled with fear and shame and sin.  But because of the resurrection of Jesus, all who put their faith and trust in Him are given new hearts.  Our hearts become what they were intended to be in Eden.  Take 1 Peter 1:3 for instance:

“According to his great mercy, he has caused us to be born again to a living hope through the resurrection of Jesus Christ from the dead…”

#2. The second thing that the resurrection insured for us is the restoration of our righteousness.  All of us have sinned and fallen short of God’s glory.  We’ve all done things worthy of death.  If we are to be with God forever in Heaven, we must be righteous for God is righteous and perfect.

But sinners cannot just take a bath to get the sin off.  We need new hearts, which as we just saw, the resurrection accomplishes that.  But we also need a formal declaration of righteousness.  A fancy word for this would be justification.  Justification means to be declared not guilty or to be declared righteous.  We need all those things that we’ve done to be erased and we need a new record or resume.  And in the resurrection of Jesus we get exactly that.

“…was delivered up for our trespasses and raised for our justification.”

When Christ was raised up from the dead it was God the Father giving His approval of the work that Christ had accomplished in living and dying for His people.

Wayne Grudem (whose systematic theology was very helpful to me on these points), writes:

“By raising Christ from the dead, God the Father was in effect saying that he approved of Christ’s work of suffering and dying for our sins, that his work was completed, and that Christ no longer had any need to remain dead.  There was no penalty left to pay for sin, no more wrath of God to bear, no more guilt or liability to punishment—all had been completely paid for, and no more guilt remained.  In the resurrection, God was saying to Christ, ‘I approve of what you have done, and you find favor in my sight.’”

We could not stand in God’s presence without this restoration.  And because God wants us to be with Him, and because He loves us and desires us, this was a necessary part of bringing us home to be with Him for eternity.

#3.  And the third thing it insures for us is the perfect restoration of our bodies.

Now I don’t know about you, but there are days when I am just fed up with this body.  My joints ache, I have allergies, I’ve had several surgeries in my life to fix problems, my eyes are only getting worse and my hair is starting to fall out.  And compared to many, I’m doing okay.  That’s not to speak of cancer, diabetes, and all sorts of horrible illnesses than many of you out there are dealing with.  Right now, of course, there are hundreds of thousands of people out there who have been or are sick with the Covid-19 virus.

Who will deliver us from these bodies of death?

Now, when those who have put their faith in Christ are raised from the dead, they will not have the same body that they had before, they will be given a new, resurrected body.  I don’t think that means we will look different or have all the features that we’ve longed for, but we will have a perfect version of our current bodies.

So take Lazarus for instance.  When Lazarus was raised, which we looked at a couple of weeks ago together, he got his old body back.  Granted it was healed, but it was still weak, sinful, mortal, decaying, body.  It wasn’t a new, resurrected body like the one that Jesus had when he was raised and the one that we will have when we are raised up on the last day.

In the words of a beautiful song written by Sandra McCracken:

We will feast in the house of Zion
We will sing with our hearts restored
He has done great things, we will say together
We will feast and weep no more

In that day, all because of the death and the resurrection of Jesus, all those who put their trust in Him will have their hearts restored, their righteousness restored and their bodies restored.  God will do it.

And just as the Scripture could not be broken in regards to Christ’s own resurrection, so too, He will be faithful to His promise to raise us up on that great day when He returns.

This is good news people.  In fact, this is the best news you will ever hear.

“…if you confess with your mouth that Jesus is Lord and believe in your heart that God raised him from the dead, you will be saved.”

It doesn’t matter what you’ve done or failed to do.  This is a second chance.  This is the offer of a new life, a life lived in the same resurrection power that Christ lived in.  I invite you and encourage you to believe.