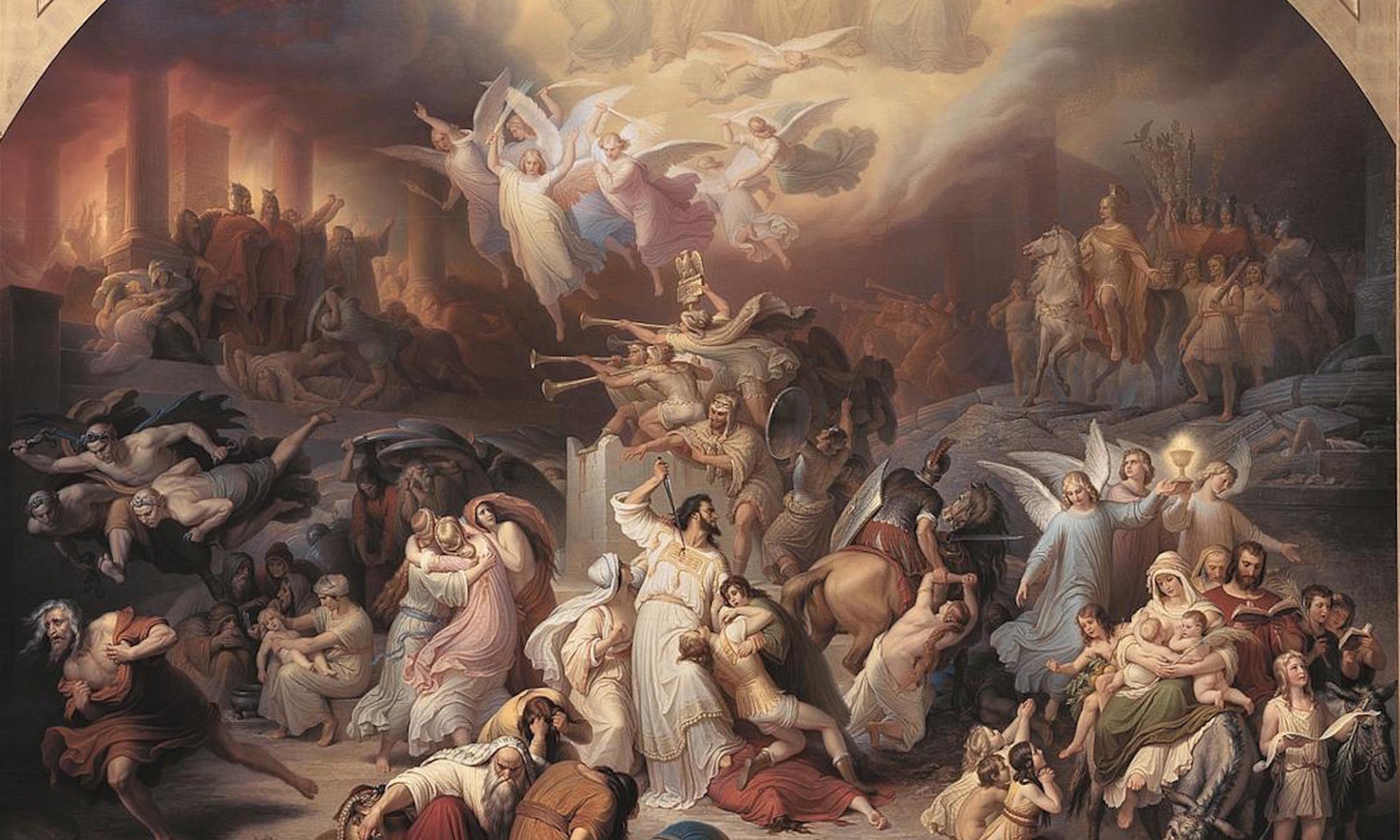 All of the New Testament Documents were written before 100 AD

In letters written between 95-110 AD, three prominent church fathers [Clement, Ignatius, and Polycarp] quoted passages from 25 of the 27 New Testament books.1 Only the brief books of Jude and 2 John were not referenced, but they certainly had to have been written (Jude, being Jesus’ half-brother, was almost certainly dead by 100 AD and 2 John would have to be written because it came before 3 John, which is quoted by the church fathers.).

The problem is that the destruction of the temple in 70 AD is not mentioned anywhere in the New Testament books. Jesus Christ prophesies this, yet there is no mention of its fulfillment. How strange it would be to leave out something that helps prove Jesus is who he said he was.

This isn’t just an argument from silence. All the gospels, Acts, and Hebrews at least mention the temple but they do not say anything about its destruction.2 Even if it was an argument from silence, that doesn’t mean its wrong. 70 AD marked the end of such a terrible war that Josephus—who himself surrendered to the Romans in 67 AD—called it the “greatest” war of all time. The Jews lost their entire country, their capital city, and their temple, which had been the center of their religious, political, and economic life for the last thousand years. In addition, tens of thousands of their countrymen were dead and hundreds of their villages burned to the ground. We can reasonably conclude that most if not all of the New Testament books were written before 70 AD.

Many NT Books were composed before 62 AD

Luke records all kinds of details in Acts, which is the history of the church. Luke records the deaths of two Christian martyrs (Stephen and James, the brother of John), but his history account ends with James, Jesus’ half-brother, and Paul still alive and well. Acts ends with Paul under house arrest in Rome and there’s no mention of James having died. We know from Clement, writing around 95 AD, and other church fathers, that Paul was executed sometime during the reign of Nero, which ended in 68 AD. And we know from Josephus that James was killed in 62 AD. So we can conclude beyond a reasonable doubt that the book of Acts was written before 62.

If Luke was written by 60 AD, then Mark and Matthew must have been written in the mid-to-late 50s if not earlier. Why? Because Luke says that he got his facts by checking with eyewitness sources (See Luke 1:1-4).

Some NT Books were composed in the 40s and 50s AD, with sources from the 30s

Even non-Christian scholars would agree that Paul wrote 1 Corinthians and that it was composed in 55 AD. In this letter, Paul speaks about the moral problems in the church and then proceeds to discuss controversies over tongues, prophecies, and the Lord’s Supper. This helps demonstrates that the church in Corinth was experiencing all kinds of miraculous activity and was already observing the Lord’s Supper within 25 years of the Resurrection. What is most significant about this letter is the oral creed Paul wrote in the letter.( See 1 Cor. 3:3-8.)

Why is this important? Because most scholars (even non-Christians) believe that this testimony was part of an early creed that dates right back to the Resurrection itself—eighteen months to five years after, but some say even earlier.

The pre-Markan passion story, which Mark used in writing his Gospel, predates his writing of the gospel itself. Most of Mark’s gospel consists of short anecdotal stories strung like pearls on a string, but when we get to the final week of Jesus’ life we encounter a continuous narrative of events from the Jewish plot during the Last Supper through Jesus’ burial and finally to the empty tomb.

The main reasons the passion story in Mark is extremely early is because 1) Paul’s account of the Last Supper in 1 Corinthians 11:23-5 presupposes the Markan account. Since Paul’s own traditions are themselves very old, the Markan source must be even older than that and 2) the pre-Markan passion story never refers to the high priest by name. It is as when I say “The President is hosting a dinner at the White House” and everyone knows whom I am speaking of because it is the man currently in office. Similarly, the pre-Markan passion story refers to the “high priest” as if he were still in power. Since Caiaphas held office from AD 18-37 (we learn this from Josephus), this means at the latest the pre-Markan source must have been composed within seven years of Jesus’ crucifixion.