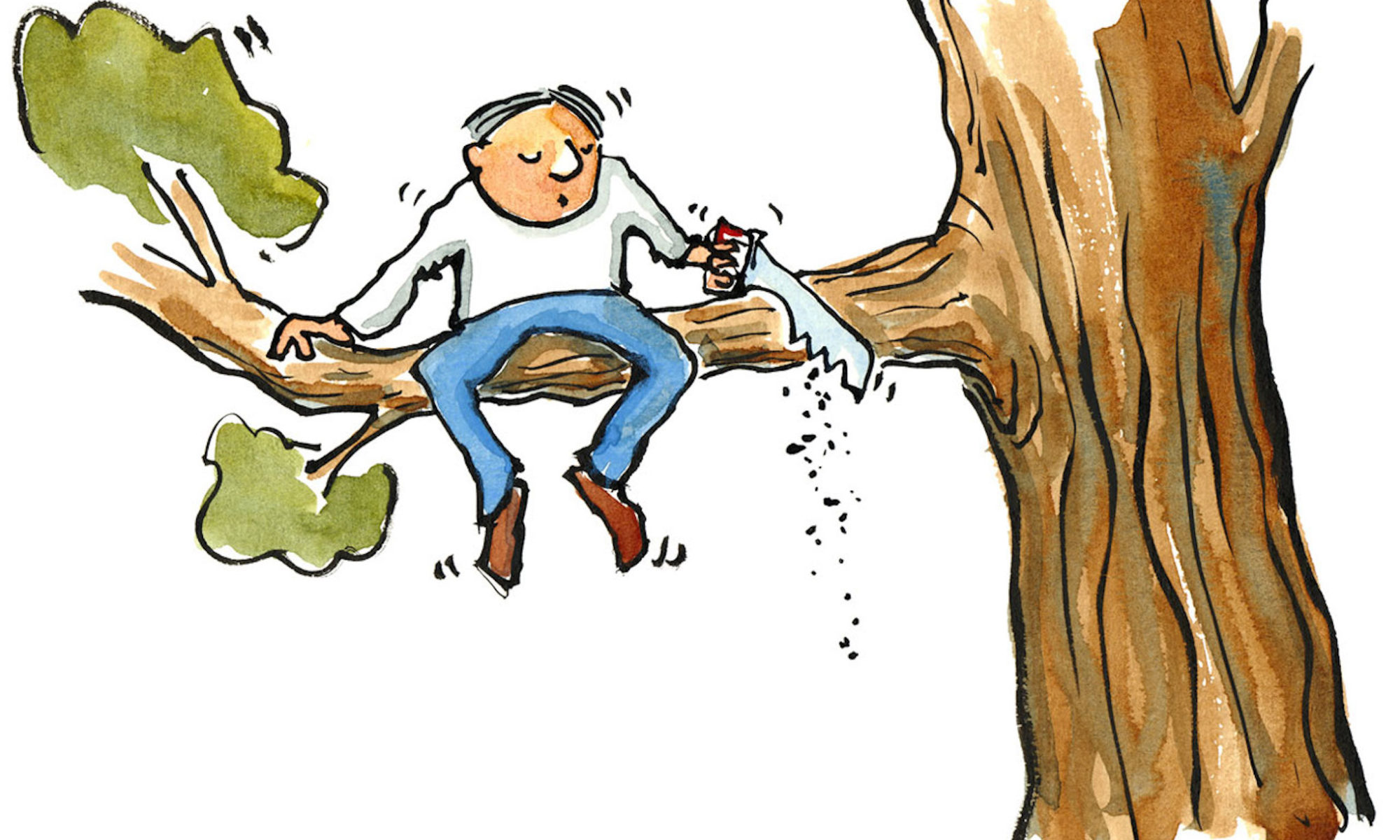 I remember when I was a kid I would watch the Coyote and the Road Runner cartoon show. I’m not sure what it was that attracted me to the show.  Maybe it was the random devices the coyote strapped to himself to catch the Road Runner or the fact they always backfire on him. I just know the show itself was very entertaining. What is the Coyote’s only mission in life? To catch the Road Runner, right? And the Road Runner is just a little bit too fast and smart for the Coyote. As the Coyote is chasing the Road Runner, the Road Runner stops just short of the cliff and the Coyote blows right past him. Then there’s that moment when he’s hanging in mid-air with that question mark over his head until he realizes he has no ground to stand on and then he plummets to the ground in a heap. By using this conversation tactic that I’m about to talk discuss, you can do the same thing to a skeptic or an interlocutor who utters self-defeating statements. You can show them their argument has no ground and they plummet to the ground in a heap and the entire argument collapses on itself.

What this tactic does is it helps you become a lie detector. We have a built-in lie detector called the law of non-contradiction. The law of non-contradiction is a law of logic that states something cannot be both true and not true at the same time when dealing with the same context. So using this tactic allows you to not expend needless energy addressing views that self-destruct on their own.

The first step in using this tactic is pay attention to the basic idea, premise, conviction, or claim. Try to identify what is being said. After identifying the claim, apply it to itself. Is there a conflict when you do this? Does the statement live up to its own standard? If there is conflict then it is not true.

The second step is to simply point out the contradiction in a gracious way. You can do this with a question. Using questions opens up the person to their own presuppositions and it causes them to think through what they’re saying to you. When asking questions, you always want to watch your tone as well.

Let’s look at some examples of self-defeating statements that unbelievers often use and some potential responses you could use to help reveal their underlying problems:

Response: Is that true?

Response: Then how do you know that’s truth?

Statement #3: “All truth is relative!”

Response: Is that a relative truth?

Statement #5: “You should only believe what can be scientifically proven!”

Response: Can that statement be scientifically proven? No, you can’t go in a laboratory and prove that statement. That’s a philosophical claim right there and thus refutes itself.

Statement #6: “Everything is meaningless!”

Statement #7: “You should doubt everything!”

Response: Should I doubt that?

Response: Isn’t that a judgment? If judging is wrong, then why are you judging me for judging?

These responses are not meant to make the unbeliever feel bad or intimidate them, but to show them that their claim doesn’t make sense and so they should abandon them as intellectually honest people. When I first learned about this tactic, I was shocked, much to my dismay, that some of the most intelligent unbelieving friends of mine started using these self-defeating statements left and right when I defended the Gospel. When I pointed these self-defeating statement out, they would often ignore my question. Sometimes they would shout louder at me or type to me in all caps (as if I couldn’t hear them or I couldn’t see the statement on my computer screen). I’m sorry but violating a law of logic does not become okay when you speak louder or type in all caps. That’s just not how reality works.

I say that with a warning that some people don’t care if they are illogical. Unfortunately there are some people out there who are ideologues. They are so attached to their ideologies that they are willing to ignore logic in order to adhere to them. Once you made your point with the self-defeating statements and they are not willing to admit they’re wrong; it’s best to bow out of the conversation as graciously as possible. As I often come across people who think like this, I can’t help but think back to Romans 1:21-22:

“For even though they knew God, they did not honor Him as God or give thanks, but they became futile in their speculations, and their foolish heart was darkened. Professing to be wise, they became fools…”

At this point, once we’ve exposed the problems with a persons claims, we commit ourselves to humble prayer.  We ask that God would open their eyes to see the truth and to draw them to Himself.  One person plants, another waters, but only God gives the growth.