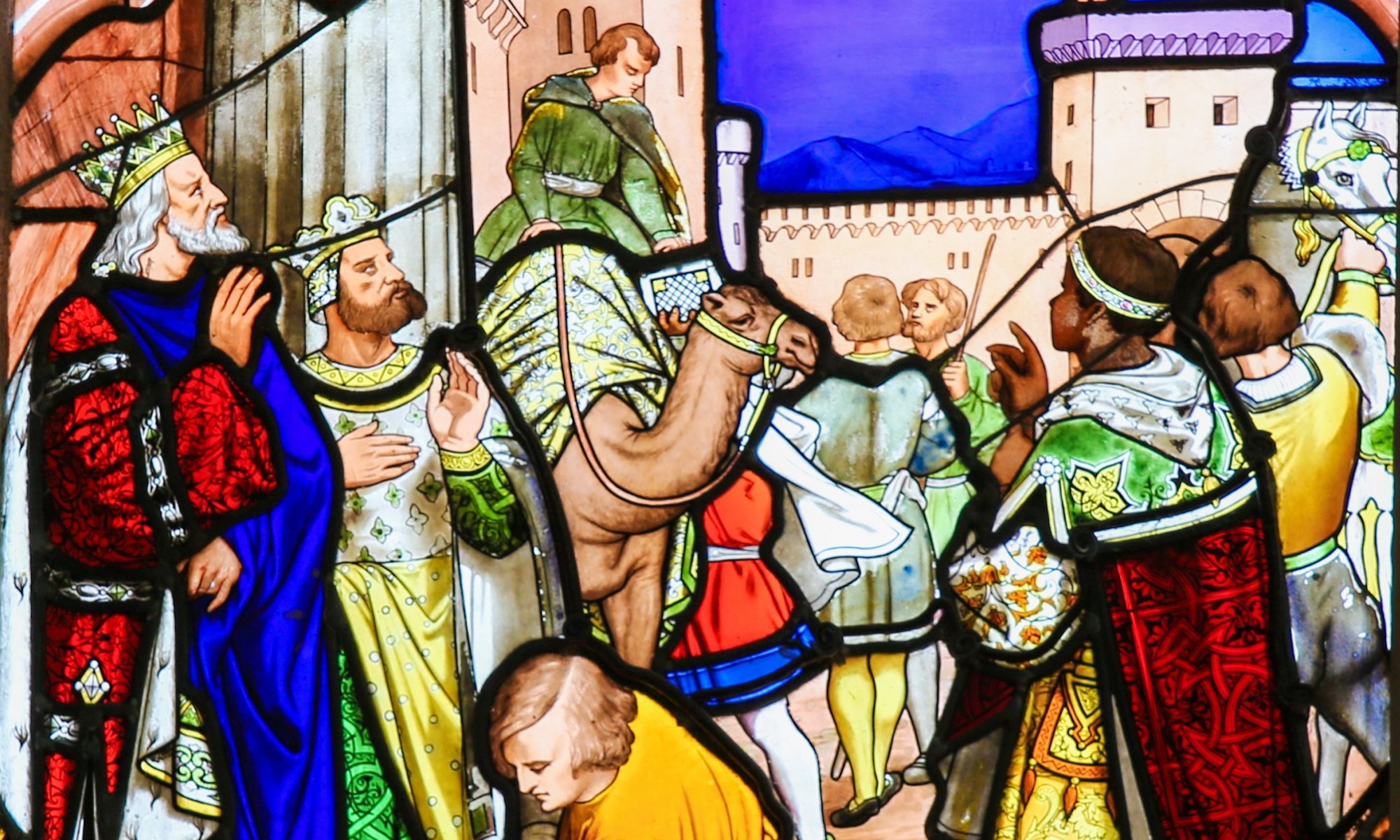 The feast of the Epiphany is celebrated on January 6, and marks the end of the celebration of Christmas.  The night preceding Epiphany has been called the Twelfth Night, an acknowledgement that the twelve days of the Christmas celebration are at last complete.  The word “epiphany” means a manifestation or an unveiling of something that comes suddenly into view.  It derives from two Greek words that literally could mean to shine a light upon.  When it is applied to the coming of Jesus, the Epiphany refers to God the Father revealing His Son as the chosen Messiah or deliverer.

The season of Epiphany continues until the beginning of Lent and traditionally ends with a remembrance of the transfiguration of Jesus in which He was revealed to His disciples in His heavenly glory and as the fulfillment of both the law and the prophets.  The entire season is intended  to focus our attention upon Jesus as if to say, “This one is the chosen one of God, pay attention to Him, follow Him where He leads you.  Do not look for any other, He is the Son of God sent to you.”  It also gives us some additional time to think on and understand the full meaning of the Christmas season we have just celebrated.  We begin to see what incarnation means, why the Father sent His Son Jesus at the fullness of time, and who this Immanuel really is.

Traditionally the scripture lessons for the season of Epiphany focus on one of three manifestations of Jesus to the world that He had come to save.  The first manifestation is the visit of the three Magi or wise men, pagan men from the east who came to Bethlehem seeking the one born King of the Jews.  The second manifestation, this time to Israel, was at the baptism of Jesus.  In the words of John the Baptist, “I did not know Him, but in order that He should be made manifest to Israel, I have come baptizing with water…and I saw and bear witness that this Jesus is the Son of God.” (John 1:31, 34)   And finally, the third manifestation was the first miracle that Jesus did at Cana, changing water into wine at the wedding feast.  As it records in John 2:11,“This beginning of miracles Jesus did in Cana of Galilee, and He manifested forth His glory, and His disciples believed on him.”

When we close the season of Epiphany with the celebration of the Transfiguration of Jesus, we come at last to the most real manifestation of Jesus in His true glory, “glory as of the only Son from the Father, full of grace and truth” (John 1:14) and once again the Father speaks from heaven, “This is my beloved Son, with whom I am well pleased; listen to him.”

Jesus is God’s Anointed One

In Luke 4: 18-19, Jesus goes into the synagogue on the Sabbath and reads from the scroll of Isaiah:

“The Spirit of the Lord is upon me,
because he has anointed me
to proclaim good news to the poor.
He has sent me to proclaim liberty to the captives
and recovering of sight to the blind,
to set at liberty those who are oppressed,
to proclaim the year of the Lord’s favor.”

As Jesus Himself declared that day, He is the Lord’s anointed One who has come into the world. The sanctuary color for the season of Epiphany is green. Green is a reminder that God is at work to bring eternal life to those that believe in the One whom He has sent for the deliverance of the world.  We are reminded of this in the words of John the Baptist who simply proclaims, “Behold the Lamb of God who takes away the sin of the world.”  (John 1:29)  The lectionary readings for the season of Epiphany remind us that God works this manifestation of grace through His Son Jesus.  Jesus is revealed to us as the Son of God, the One God has chosen and anointed for this work.

*Much of this material was borrowed from Red Door Church elder Russ Rohloff’s helpful introduction to the season of Epiphany in the parent guide to our church’s Epiphany curriculum for children.