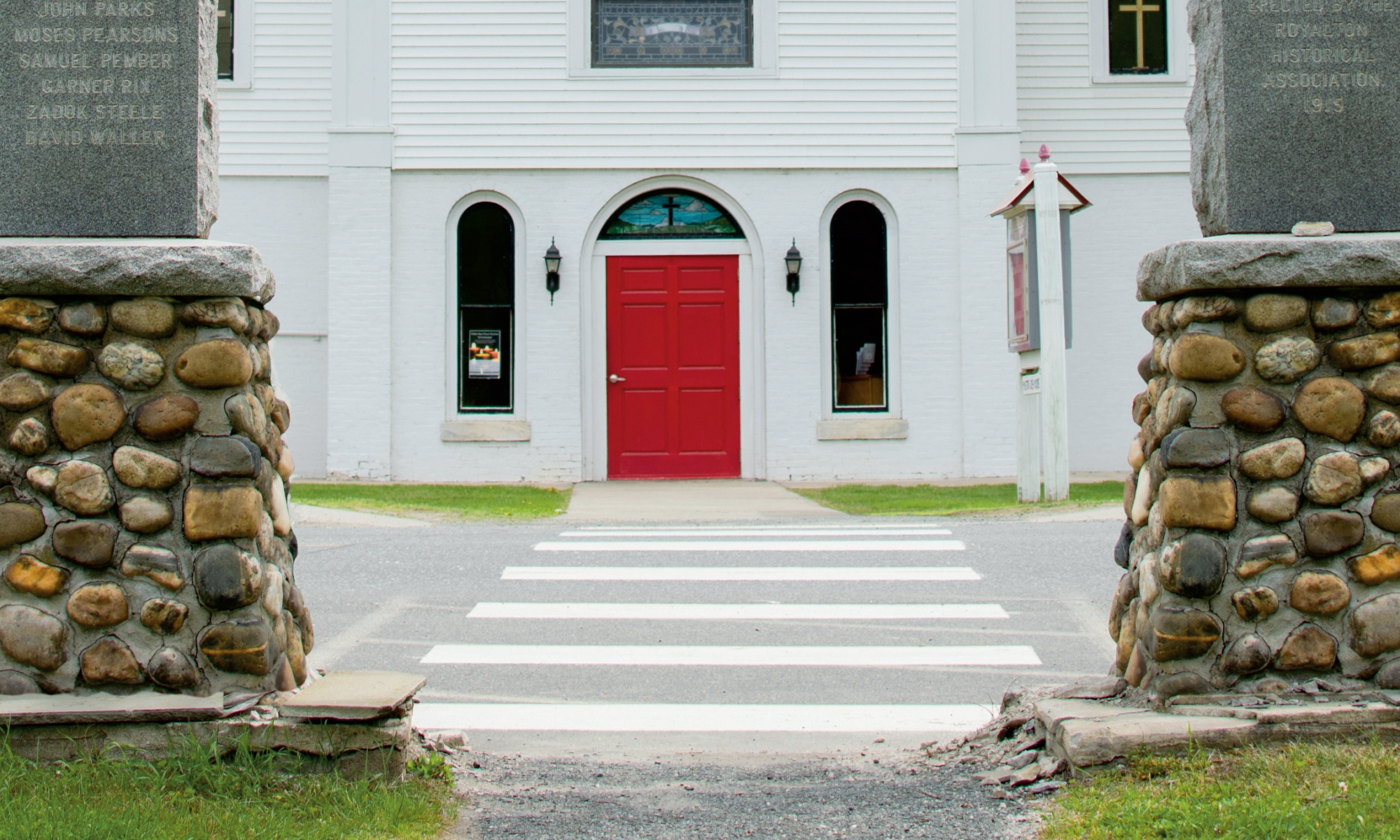 The door of our church is red, why?

Actually many, many churches have red doors.  If you Google “Red Door Church” and click “images” you will see a slew of them.

After doing a bit of research on this, there are actually a cluster of reasons why churches have red doors, though no one, clear, resounding answer can be found. 1 Here are some of the more common reasons I discovered:

1. Passover.  A church in Cincinnati, OH, has actually taken “Red Door Church” as their official name.  They have a neat three-minute video which explains the connection between the Red Door and the Passover. 2  In another place a Rev. Linda Strohmeier says:

Anybody read about Passover lately? You remember how the children of Israel were to mark “the lintel of the door” with blood, as a sign for the Angel of Death to pass over? Before modern chemistry and the variety of paint formulae, red paint was made with animal blood (really — I’m not making this up!). “Barn red,” that color so familiar, especially in New England barns, was made with a combination of buttermilk and animal blood — the blood for pigment/color, and the buttermilk as the binder/thickener. (You remember, of course, from art history, about renaissance painters making their paints using egg yolk as a binder…). Anyhow, that’s how they made red paint: blood and buttermilk. It’s a pretty short step from there to red doors, if you are deeply steeped in the Holy Scriptures of the Old and New Testaments, and know about marking the lintel of the door with blood to signify that you are among the saved…’

2.  Blood.  It is through the shed blood of Jesus Christ that we enter into the gates of Heaven and eternal life.  A Red Door symbolically portrays this theological centerpiece of the Christian faith: In the words of Christ himself, “I am the way and the truth and the life, nobody comes to the Father except through me” (John 14:6, NIV). More symbolism was added during the development of elaborate cathedral architecture in the Middle Ages:

The color red, signifying the Blood of Christ, was painted on the north, south and east doors of a church. Such symbolism represented making the sign of the cross — Father, Son and Holy Ghost. Thus the edifice was marked as a sanctuary, identified as a refuge and safety zone from physical or spiritual dangers. The red doors shut out evil. Supposedly an enemy could not pursue his victim across the sacred threshold. 3

Some see the blood of the martyrs which is the seed of the church.  (Originally said by the 2nd century church father Tertullian.) In some traditions blood is connected to baptism as well.  For instance, at an Orthodox baptism, the godparents present the candidate with red shoes as a symbol of walking the way of the cross.

3.  Sanctuary. Many say that in the Middle Ages in England, a church with a red door represented a place of sanctuary.

In those days, if one who was being pursued by the local populace, shire reeve (sheriff) or gentry could reach the church door he/she would be safe. Nobody would dare to do violence on hallowed ground and, in any case, the Church was not subject to civil law. The red door was fair warning to pursuers that they could proceed no further. One who claimed sanctuary in this way would then be able to present his/her case before the priest and ask that justice be served.”  4

This seems to be just a step away from the theological idea of God’s name being a “strong tower” in which the righteous run in and are safe (see Prov. 18:10; Psalms 61:3).  And in the New Testament the idea of shelter and safety is found in the blood of Christ.

4.  Paid Mortgage.  In the Episcopalian tradition it is said that a red door is a bold declaration that the church mortgage has been paid off.  Maybe there is a connection here again to Christ’s work and his final declaration on the cross “It is finished!” (John 19:30)?

Doors of mainline Protestant churches, especially Lutheran churches, are red because the doors of Wittenburg Cathedral in Wittenburg, Germany, where Martin Luther posted his 95 Theses were red. The red doors simply symbolize that we are a church of the Reformation. 5

I’m not sure of any record regarding our church here in South Royalton that mentions why exactly our church door is red.

Perhaps the lack of explanation in any of our historical records gives us permission to treat the door as a kind of tabula rasa (blank slate) and recreate the meaning for today’s church.  If that is the case I would personally like to suggest that #2 (above) would be a beautiful symbolic interpretation of the significance of our church’s red door.  I would like to think that every time one of our members walked through the doors of the church they were reminded of the love and grace of God which grants them access to Himself by the Son’s shed blood on the cross.

Photo Credit: Picture of the United Church of South Royalton Taken by Nothing but the Rain Photography