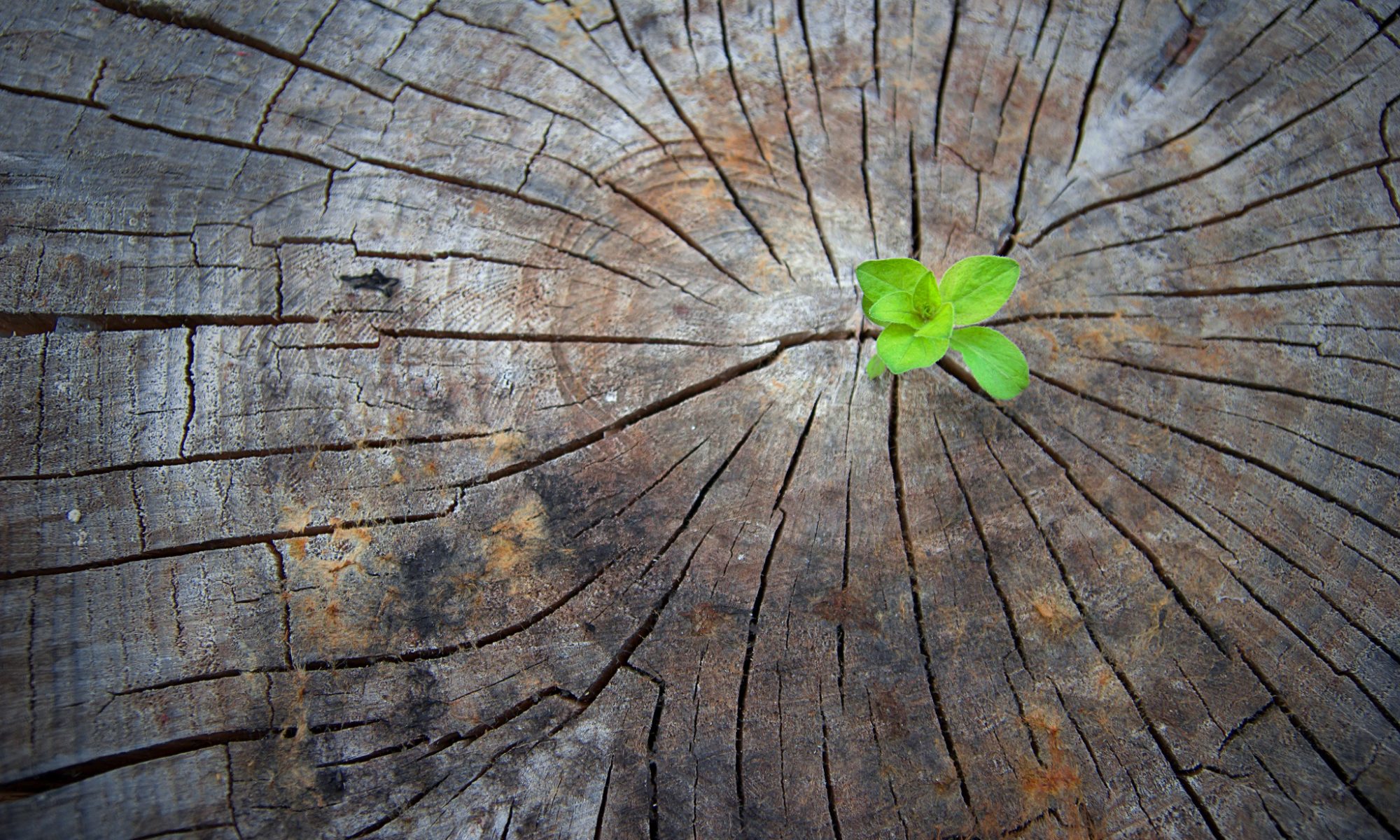 As the Easter season will soon give way to the season of Pentecost, I thought it appropriate to once again ask the question: why does it matter that Jesus was raised from the dead?

There are many reasons why the resurrection matters. Here are just a few:

In a courtroom setting, if a lawyer can prove that a witness is a liar, then their credibility goes out the window and the judge and jury are not going to regard their testimony with much weight.  If the bible is not telling the truth about the resurrection, then why should we suppose that it’s telling the truth about Christ’s death? Or about miraculous healings? Or about the fulfillment of prophecy?  Or what it says about the future?  Or anything for that matter?  So the resurrection is an important part of the bible’s teachings.

The second reason is related to the first. The resurrection is vitally important because Jesus himself said he was going to be killed by the chief priests and the scribes of his day and then rise again on the third day.

For example, Luke records Jesus saying these words in the 18th chapter of his gospel.

And taking the twelve, he said to them, “See, we are going up to Jerusalem, and everything that is written about the Son of Man by the prophets will be accomplished.  For he will be delivered over to the Gentiles and will be mocked and shamefully treated and spit upon.  And after flogging him, they will kill him, and on the third day he will rise.”

If Jesus was not raised from the dead, not only is the reliability of the Scriptures called into question but the honesty of the Lord himself is now in question.

The third reason the resurrection is important is because from the very earliest days it has been considered an essential part of the good news about Jesus.

The Bible says that the resurrection is of “first importance”:

The overwhelming majority of scholars, both Christian and non-Christian, believe that this passage is an early creed that was formulated within just a couple of years after the time of Christ’s death and resurrection.

All of that is to say that believing in Christ’s resurrection as a historical fact is an essential part of not only the Christian message but of the very gospel itself.  That makes it very important.

A fourth reason the resurrection is important is because it revealed the validity of the message of Christ.

Luke wrote another book in the bible tilted Acts.  In chapter two of that book, he records a portion of one of Peter’s sermons.

“Fellow Israelites, listen to this: Jesus of Nazareth was a man accredited by God to you by miracles, wonders and signs, which God did among you through him, as you yourselves know. This man was handed over to you by God’s deliberate plan and foreknowledge; and you, with the help of wicked men, put him to death by nailing him to the cross.  But God raised him from the dead, freeing him from the agony of death, because it was impossible for death to keep its hold on him.

Notice all the supernatural elements here that Peter mentions.  These supernatural elements validate Jesus’ claims. In verse 22, he notes that Jesus was a miracle and wonder worker, “as you yourselves know he said.”  This was well known information that nobody dared dispute.  Even his arch enemies didn’t question the miracles themselves but attempted to write them off by saying that he used Satan’s power to do them somehow (Matthew 12:27).

“This man was handed over to you by God’s deliberate plan and foreknowledge; and you, with the help of wicked men, put him to death by nailing him to the cross.”

One scholar writes this:

“Jesus’ death was no surprise to God, nor was his suffering.  All the texts that Luke-Acts has cited about Jesus’s suffering point to the idea that God planned or knew that Jesus would suffer.”

Now notice the whopper in verse 24.  Who does Peter say raised Jesus from the dead?

God raised Jesus from the dead.  In so doing, God gave his personal stamp of approval on the person of Christ and the message of Christ.

Every other religious figure before and after Jesus, has died.  Somewhere out there is a headstone marking their spot.  But Jesus’ headstone was a massive rock that was rolled away when he rose.

When God raised Jesus from the dead, it was another one of those moments in the life of Christ when God was saying loud and clear, “This is my Son, with whom I am well pleased”, fully validating his message .

“if you confess with your mouth that Jesus is Lord and believe in your heart that God raised him from the dead, you will be saved.”

In another place Paul says that “if Christ has not been raised, your faith is futile, and you are still in your sins” (1 Cor. 15:17).  And if we are still in our sins, we are still under the curse and judgment of God.

So it is fair to say that the resurrection of Jesus Christ saves us!

How does it do that?

The bible teaches over and over again that those who believe in Jesus are “in Christ.”  Of course, this is not a physical thing like the airplane analogy but the idea is similar.  The bible says:

“Do you not know that all of us who have been baptized into Christ Jesus were baptized into his death? We were buried therefore with him by baptism into death, in order that, just as Christ was raised from the dead by the glory of the Father, we too might walk in newness of life. For if we have been united with him in a death like his, we shall certainly be united with him in a resurrection like his. “

We see this in other places in Scripture too:

“…even when we were dead in our trespasses, made us alive together with Christ—by grace you have been saved— and raised us up with him and seated us with him in the heavenly places in Christ Jesus,

Somehow, in the spiritual realms we that believe are “in Christ” and because we are “in him” and he was raised, we too are raised along with him.  So if Christ were not raised, then we would not be raised either.

This point was so very important that Paul took time to address it in a letter that he wrote to the church in Corinth.  In that letter he writes these words (this is from 1 Cor. 15):

Do you hear just how important the resurrection is?

The sixth reason the resurrection is important is because it gives value to our earthly sacrifices and labors that we do for Jesus.

If the resurrection didn’t happen and Jesus’ bones are out there somewhere decomposing in some grave, then I’m wasting my time writing this blog entry. As Paul said in the passage I just read a moment ago, not only am I misrepresenting God by saying that He raised Jesus from the dead, when in fact, He did not raise Jesus from the dead, but I’m making sacrifices that have no meaningful reward.  Paul says that if we hoped in Christ only in this life, we are of all men, most to be pitied.

If Jesus was just an ordinary man that died like all men do, then why make the sacrifices in his name that so many have made over the centuries? Why be thrown to the lions?  Why be crucified upside down?  Why move to India and live in a remote village among the sick and the poor for 50 years?  Why live in a remote jungle in Central America and spend the better part of your life in sweltering heat creating an alphabet and translating a book that’s full of errors and lies?

It’s not worth it if Jesus did not rise because one cannot be guaranteed of anything beyond the grave at that point.  Is there life?  Who knows?  If there is life, is there someone there who will bless us or reward us for what we’ve done?  Who knows?  Probably not if we’ve been misrepresenting Him all along.

The resurrections gives us assurance not only of life after we die, but that our efforts to tell others about the way into that life are not in vain.

“For truly, I say to you, whoever gives you a cup of water to drink because you belong to Christ will by no means lose his reward.”

Jesus will be sure that all receive their rewards, because he is raised from the dead.

The seventh reason the resurrection is important is because it gives us hope for the future.

But it is because of the resurrection that we can look into the casket of our loved ones and know that this is not the end of the story.

Matthew Barrett, who is professor of the theology at Midwestern Baptist Theological Seminary writes:

“If your loved ones believe in Christ then even though they have “fallen asleep” they have fallen asleep “in Christ” (1 Cor. 15:18). And since they are united to this resurrected Christ, they have not perished but their soul has gone to be with Christ (Phil. 1:23), and they await that day when they will receive their resurrected body. As Paul tells the Corinthians, Christ’s resurrection is the first fruits of that great harvest to come. Though death came by the first Adam, in the second Adam “shall all be made alive” (15:22).”

The resurrection gives us hope beyond the grave and that is priceless.

I’ve given you seven reasons this morning that the resurrection of Jesus matters.

Only For Those Who Trust Christ

This hope and these blessings are only for those who have trusted in Jesus Christ.  So I invite you now to put your trust in Jesus.

He died and rose again so that you and I might have eternal life.  But you must receive Him.

Look to Jesus in faith, today.