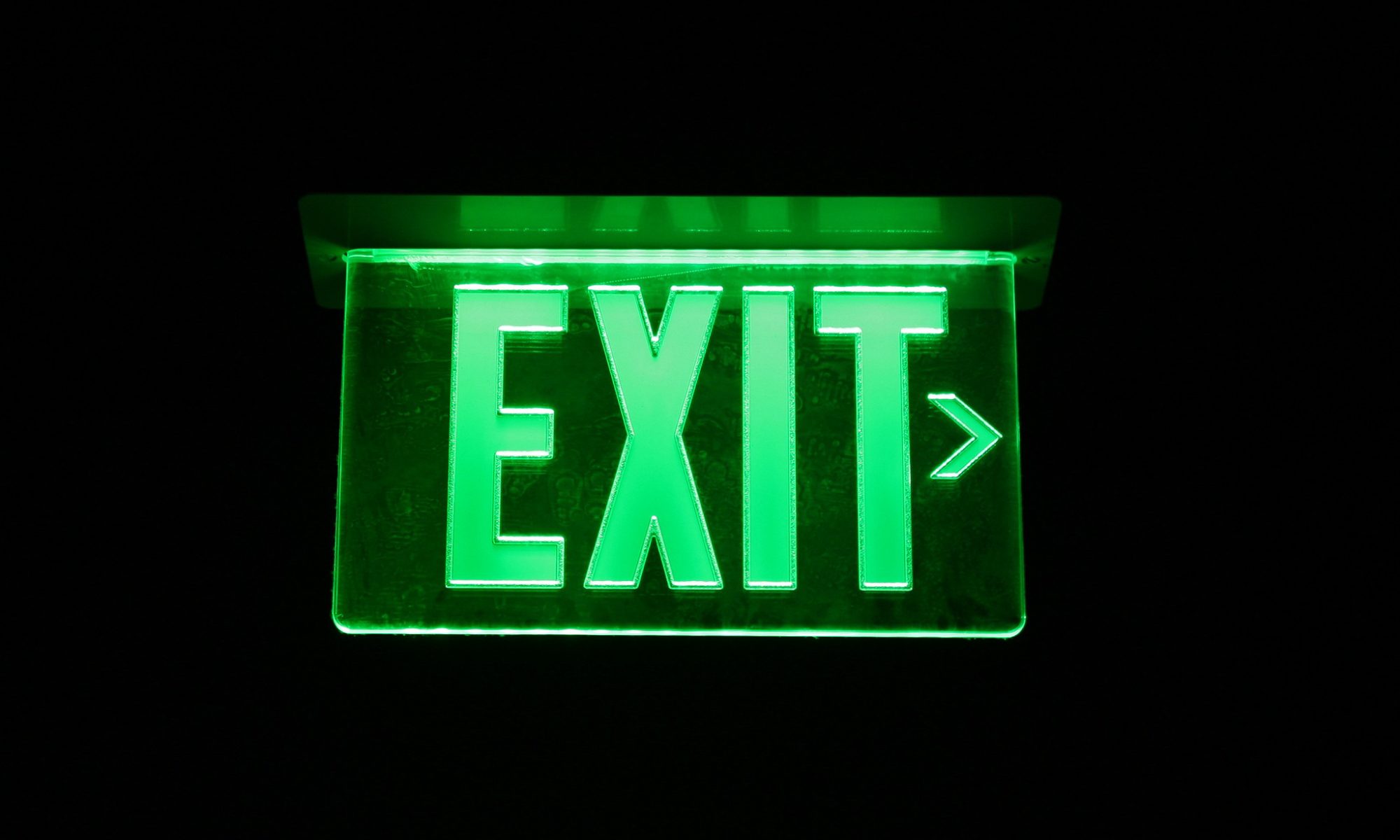 If you’re like me, you pass by your intended destination from time to time.  Just the other day I was taking my second daughter to the eye doctor for an appointment and drove right past the entrance.  Why?  Because I’m so easily mesmerized by everything else.  The Christmas lights, the clouds, the song playing on the radio, or even just my own thoughts.  My mind often wanders.

In Vermont, this is a rather unfortunate struggle to have because there are strict laws about signs.  Vermont was the first of four states to ban billboards altogether.  So big signs like the ones I need are in short supply.  While this is nice for viewing the beautiful natural wonders all around me up here, it doesn’t help me when it comes to not missing my destinations1.

My need for signposts helps me to understand the importance of a guy like John the Baptist.

I would say John was something like a living, breathing signpost, pointing to the coming Messiah, Jesus Christ.

You have to close your eyes to imagine this guy in his camel skin outfit and scruffy beard (with a little locust juice running down it), shouting loudly and pointing at Jesus, saying, “There He is!”2

When we first moved to Vermont, we were surprised to see these signs along the roads here and there that said, “MOOSE.”

For a while, we would kind of look around, wondering if we would catch a glimpse of one of these rarely seen beasts (we’ve still yet to see one).

Those signs, however, get your attention–they change your focus.  You might have been thinking about that pizza you were about to tear into when you got home and suddenly you are thinking about moose.

If John were such a sign, it would say, “Messiah, up ahead.”  Or, “Stay alert, Christ up ahead.”  He pulled people out of their daily distractions and said, the Messiah is coming, pay attention lest you miss him.

When Jesus finally arrived on the scene and others were flocking to him, John did not fret.  He knew that was the way it should be.  For John, it was only solid evidence that he had fulfilled his ministry; that the signpost of his life was working.  When his disciples came to him and said:

“Rabbi, that man who was with you on the other side of the Jordan–the one you testified about–look, he is baptizing, and everyone is going to him.” (John 3:26).

When people went to Jesus, John rejoiced, for his entire ministry was one of preparation, to make the people ready for the Lord who was coming (see Mark 1:1-8; John 1:19-28).

The Signpost Is a Gift

John was a gift.

We were all on the highway to destruction, distracted by the lusts and cares of this world.  Were it not for loud, scruffy signposts like John, pointing us to the exit, we would all miss it.  At least, I know I would have.

Is there a John the Baptist in your life right now?  Is there someone pointing you to Jesus?

These signposts are precious gifts.  Thank God for them.