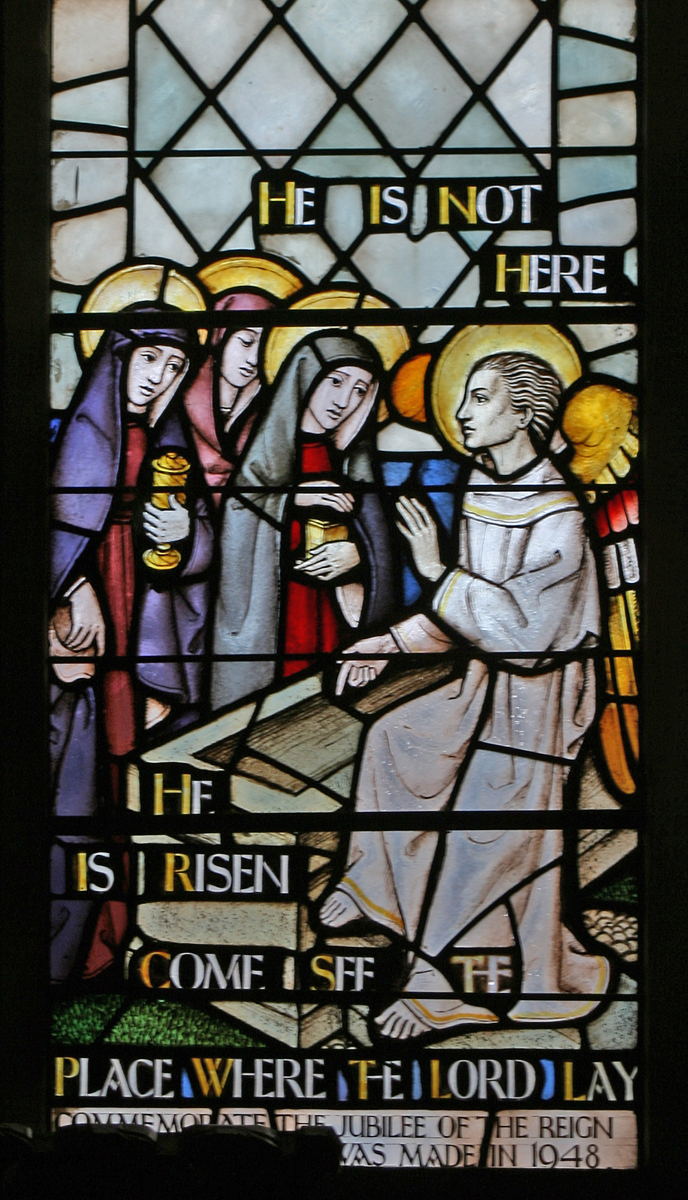 Among the unchurched there is a commonly held conviction that the miraculous claims of the Christian faith were non-historical amendments created after the fact by religious zealots “with an agenda.”  For these folks, the resurrection would fall into this category.  It was a hoax; a concoction created to establish some kind of religious power structure.

Most Christians in the world would reject this idea.  For us, the resurrection of Jesus Christ three days after his crucifixion is historical fact.  We know this because it is recorded in the Bible by eye-witnesses.  Time and space will not permit me to outline an entire defense of this belief, but here I offer one piece of evidence for skeptics to chew on for now: the Bible says that it was  a group of women that first discovered the empty tomb (see Mark 16:1-8).

What significance does this have on whether or not the resurrection is a historical fact?

Two things: First, skeptics have to explain how the belief in Jesus’ resurrection thrived in the very city where he was publicly crucified.  How could anyone have embraced such a ridiculous idea if Jesus’ body still lay in the tomb?  Could not the authorities have produced the body at any moment to silence them?  The belief in the resurrection hinges completely on the fact of the empty tomb.

It is safe to say that such a public and controversial execution as that of Jesus would have been well know in all its details; Jew and Gentile alike would have known where Jesus’ tomb was.  Street preachers declaring that he had risen from the dead would have no doubt induced examinations of the burial site.

Secondly, not only do we have no known record of anyone producing the body of Jesus after the disciples preaching on the resurrection began, but the Bible says that it was women who first discovered the fact of the empty tomb.

To see the significance a person must understand the low status of women at the time this event is supposed to have happened.  In first-century Jewish culture, the testimony of a woman was not considered credible.  Jewish historian Josephus (AD 37–100) wrote in his book Antiquities of the Jews, in a section describing the rules regarding admissible testimony: “Let not the testimony of women be admitted, on account of their inconstancy and presumption of their sex.” 1  Paul L. Maier, an authority on Josephus and 1st-century Christianity, adds in the commentary on this section in Josephus’s Antiquities: “None of our copies of the Pentateuch say a word [about not legally allowing a woman’s testimony in courts of justice].  It is very probable, however, that this was…the practice of the Jews in the days of Josephus.” 2   In other words, this practice was not a biblical one, but had its roots in the patriarchalism of first-century Jewish culture.

Here’s the rub: if the story of the resurrection as we have it in the Bible is a product of legendary development or tinkering on the part of Biblical scribes hundreds of years later, why would they depict women discovering the empty tomb?  These women would have been the chief witnesses to the empty tomb, yet their testimony was considered worthless by the culture of the time; so why fabricate a story built upon such a sketchy foundation as this?

Don’t you think that if later writers were trying to amend the facts and make the story more believable they would have placed Peter or John at the empty tomb?

Mark’s placement of women at the empty tomb first can only be plausibly explained if they actually were the discoverers of the empty tomb, and the gospels faithfully record what for them was a very embarrassing fact.  3

This does not prove the whole of the resurrection account, but it does cast some doubt on the claim that the Bible is merely the product of later legendary development.