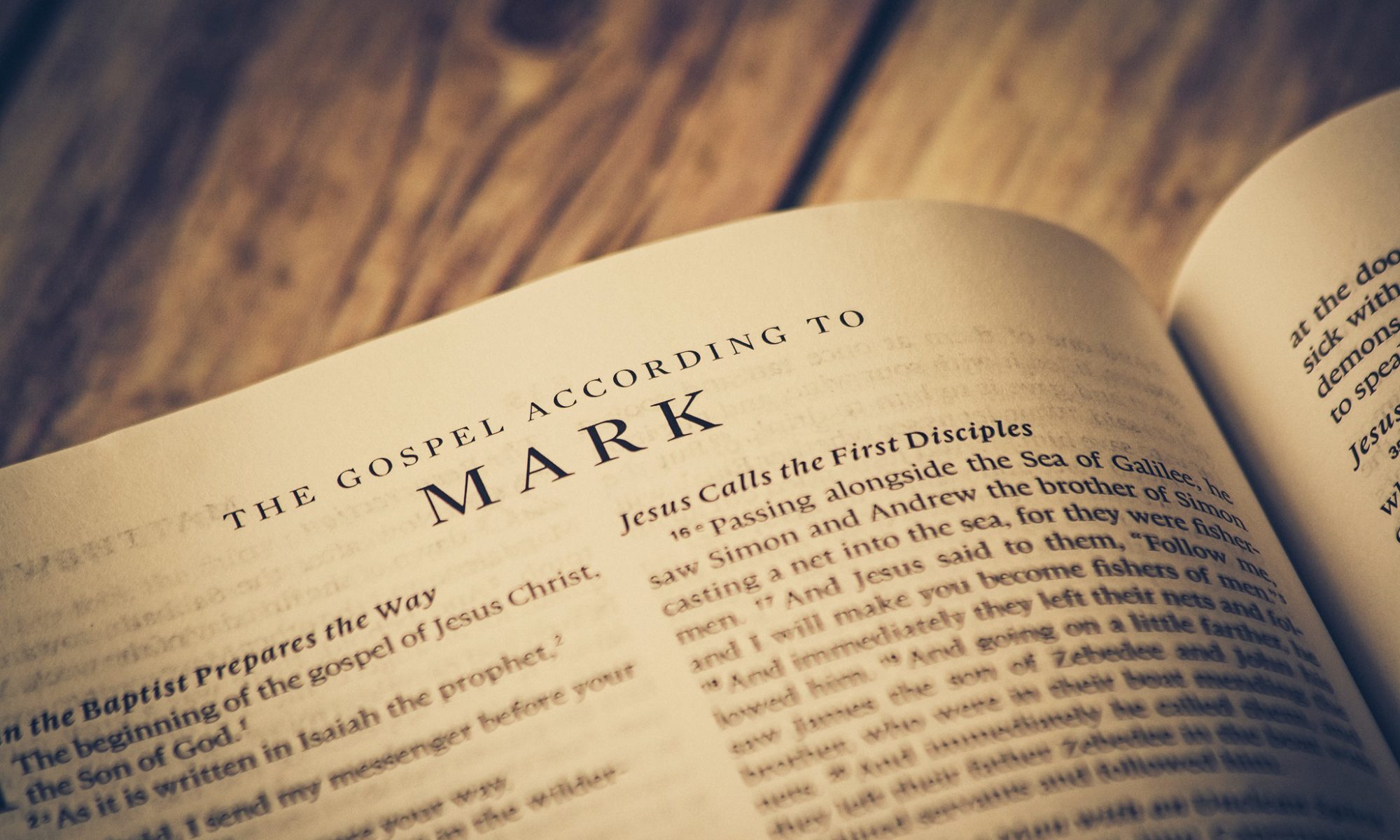 Critics today almost take it for granted that the gospels were not written by the people we think they were; that the names on each gospel were added at a much later date.  They further surmise that whoever wrote these books was not relying on any kind of eyewitness testimony for their material.

A few weeks ago we investigated the book of Matthew to see if there’s any evidence that the disciple Matthew actually wrote the gospel attributed to him.

Today, we are going to take a look at the gospel attributed to Mark.

Can we be confident that Mark wrote Mark?  Even if we were certain that he wrote the Gospel of Mark, why trust him?  Do we have good reason to think he had access to eyewitness testimony?

To answer these questions, there are a couple of things we must do:  First, we must look at some external evidence to figure out who wrote Mark.  And second, we will investigate to see whether or not Mark used Peter as an eyewitness source since some of the external evidence points in that direction.

If we can determine that Mark wrote the gospel that bears his name and that his material came from an eyewitness, we can be confident that his testimony is trustworthy.

Many sources outside the Scriptures assume that Mark, Peter’s interpreter, was the author of the Gospel According to Mark.

Mark, having become the interpreter of Peter, wrote down accurately whatsoever he remembered. It was not, however, in exact order that he related the sayings or deeds of Christ. For he neither heard the Lord nor accompanied Him. But afterwards, as I said, he accompanied Peter, who accommodated his instructions to the necessities [of his hearers], but with no intention of giving a regular narrative of the Lord’s sayings. Wherefore Mark made no mistake in thus writing some things as he remembered them. For of one thing he took especial care, not to omit anything he had heard, and not to put anything fictitious into the statements.1

It is said that he [Jesus] changed the name of one of the apostles to Peter; and it is written in his memoirs that he changed the names of others, two brothers, the sons of Zebedee, to Boanerges, which means ‘sons of thunder’…2

Justin, identifies a particular Gospel as the ‘memoir’ of Peter and he says that this memoir describes the sons of Zebedee as the ‘sons of thunder’. Only Mark’s Gospel describes John and James in this way, so it is reasonable to assume that the Gospel of Mark is the memoir of Peter.

Mark, on the other hand, commences with [a reference to] the prophetical spirit coming down from on high to men, saying, “The beginning of the Gospel of Jesus Christ,” as it is written in Esaias the prophet, pointing to the winged aspect of the Gospel; and on this account he made a compendious and cursory narrative, for such is the prophetical character.3

Again, in the same books [the Hypotyposeis], Clement gives the tradition of the earliest presbyters, as to the order of the Gospels, in the following manner: “The Gospels containing the genealogies [i.e. Matt and Luke], he says, were written first. The Gospel according to Mark had this occasion. As Peter had preached the Word publicly at Rome, and declared the Gospel by the Spirit, many who were present requested that Mark, who had followed him for a long time and remembered his sayings, should write them out. And having composed the Gospel he gave it to those who had requested it. When Peter learned of this, he neither directly forbade nor encouraged it. But, last of all, John, perceiving that the external facts had been made plain in the Gospel, being urged by his friends, and inspired by the Spirit, composed a spiritual Gospel.” This is the account of Clement.4

The same authority of the apostolic churches will afford evidence to the other Gospels also, which we possess equally through their means, and according to their usage–I mean the Gospels of John and Matthew–whilst that which Mark published may be affirmed to be Peter’s whose interpreter Mark was. For even Luke’s form of the Gospel men usually ascribe to Paul. And it may well seem that the works which disciples publish belong to their masters.5

The second is by Mark, who composed it according to the instructions of Peter, who in his Catholic epistle acknowledges him as a son, saying, ‘The church that is at Babylon elected together with you, salutes you, and so does Marcus, my son.’6

EVIDENCE THAT MARK IS USING PETER AS A SOURCE

Within the gospel of Mark, we find additional evidence to make our point that Mark’s gospel was not written by him, but that’s material is based upon eye-witness testimony.  There is a lot to suggest that Mark was especially fond of Peter, which is a good indicator that they had a special relationship.

Mentioning of Peter with Prominence

Mark referred to Peter twenty-six times in his short account, compared to Matthew who mentions Peter an additional 3 times in his much longer account.

Mark used Peter as a set of “bookends”

Peter is the first disciple mentioned (Mark 1:16) and the last mentioned (Mark 16:17). Scholars describe this type of “bookending” as “inclusio” and have noticed it in other ancient texts where a piece of history is attributed to a particular eyewitness.

Mark Identified Peter with the Most Familiarity

Mark is the only gospel that does not use “Simon Peter.” It’s always “Simon” or “Peter.” Mark consistently used the briefest, most familiar versions of Peter’s name.

Mark shows more respect towards Peter than any other gospel writer did; he repeatedly painted Peter in the kindest possible way, even when Peter made a fool of himself.

In Matthew’s gospel, Jesus is walking on water and Peter fails in his attempt to do so. As he sinks into the sea; Jesus described him as a doubter and a man “of little faith.” Interestingly Mark omits Peter’s involvement altogether. (Matthew 14:22-33 vs Mark 6:45-52)

Similarly, Luke’s gospel includes a description of the “miraculous catch” of fish where Peter was heard to doubt Jesus’ wisdom in trying to catch fish after Peter had been unsuccessful all day. After catching more fish than his nets could hold, Peter says, “Go away from me Lord, for I am a sinful man!”  Mark’s parallel omits this episode completely. (Luke 5:1-11 vs Mark 1:16-20)

While other gospels mention Peter directly as the source of some embarrassing statement or question, Mark’s gospel omits Peter’s name specifically and attributes the question or statement to “the disciples” or so other similarly unnamed member of the group. Over and over again, Mark offered a version of the story that is kinder to Peter.

This evidence, taken with what has been mentioned above, strongly suggests that not only did Mark write the gospel attributed to him, but that Peter, one of Jesus’ closest disciples, was a major source for its material.